The amount of lies about Islam by far right islamophobes has reached new heights this summer. These days the trend seems to be lying about the meaning of Jihad, saying the term often describes offensive warfare against non-Muslims. These sad individuals are not always your average Joe but are often people of eminence whose lies have been written down and sold to bookstores worldwide. We’ve decided to expose a few of the bigots who spread their fear of islam and hatred toward muslims by showing you what they’ve said and where to find their published works. Let’s make our voices public and get their writings banned in the name of freedom.

“Jihad means to war against non-Muslims, and is etymologically derived
from the word mujahada, signifying warfare to establish the religion.” [i]

Sheikh al-Misri
This Islamophobe was born in the fourteenth century and is famous for being the writer of the best known classical manual on Sunni Islamic jurisprudence from the perspective of the Shafi school of thought. This quote was taken from that book, which can be found on Amazon and other online bookstores. So get on your laptops and get those fearmongering books banned!

“And it is (permissible) irrespective of whether the battle is joined or not,
because the Prophet, Allah’s blessing and peace be upon him,
did not wait for the battle to be joined to fire (the mangonels).” [ii]

Sheikh Ibn Qudãma
This famous Arabic Islamophobe lived in the days of Islamic tolerance found in the thirteenth century. He is still revered in Sunnism as one of the most influential thinkers and jurists from the Hanbali school of thought, where he is to this day referred to as “the sheikh of Islam”. His books are mainly available in Arabic but hey, better safe than sorry: buy ‘em & burn ‘em freedom fighters!

“War against infidels living in their own country is a common obligation;
that is to say that if a sufficient number of Muslims acquit themselves of it,
the others may lawfully remain at home.” [iii]

Sheikh Al-Nawawi
This thirteenth century scholar of Islam, who lived in Damascus for most of his life, is famous for writing many lengthy books on Islamic jurisprudence during the classical period of the religion. He is still considered one of the more influential writers within the Shafi school of thought. This guy’s books are all over the place! Get them out of the public realm by buying one or get them banned.

“I asked: Would it be permissible to inundate a city in the territory of war with water,
to burn it with fire, or to attack (its people) with mangonels even though
there may be slaves, women, old men, and children in it?

He replied: Yes, I would approve of doing all of that to them.” [iv]

Abu Hanifa
The mainstream school of thought called Hanafi bares this islamophobe’s name. His words, written down by his students in the early eighth century, are crucial to the mentioned madhab and have been tremendously influential for almost all of Islam’s existence. To this very day one of his titles in mainstream Islam is “The Great Imam”. Muslims have cared for his texts in order to preserve as much as possible since he was one of the greatest scholars of Islam during the formative period.

“It (Surah 2:193) is an unqualified command to fight without any precondition of hostilities being initiated
by the unbelievers.” [v] (between brackets is ours)

Al-Qurtubi (commenting on Surah 2 verse 193: “Fight them until there is no more fitna and the deen (religion) belongs to Allah alone.”
This famous islamophobic scholar walked the earth during Islam’s golden age. Al-Qurtubi first lived in Muslim invaded Spain after moving to today’s Egypt when the Spaniards dared to recapture their land. He is best known for his influential commentary on the entire Quran, though he was also an expert in Islamic law. Want to get a hold of his work? Try any major store.

“Why wage war? The Muslim jurists agreed that the purpose of fighting the People of the Book,
excluding the (Qurayshite) People of the Book and the Christian Arabs, is one of two things:
it is either for their conversion to Islam or the payment of jizya.” [vi]

Ibn Rushd
This islamophobe is well-known in the West by the name Averroes. Besides a philosopher he was a highly trained Maliki jurist, which is another mainstream Islamic school of thought. He wrote a book comparing the opinions of the four main schools of thought in Sunni Islam, which is still considered great study material for the student of Islamic jurisprudence. His works are available all over the world so they should be easy to trace.

“If they still refuse to accept (Islam) after this, war is waged against them and
they are treated as those whom the call has reached.” [vii] (between brackets is ours)

Al-Mawardi
This obvious islamophobe from the eleventh century is considered a heavyweight on legal issues particularly concerning the Caliphate of Islam. His book on Islamic Governance was very influential to mainstream Islam especially during his time and according to some he should be known as the first Islamic political scientist because of his detailed focus upon the empire-mindedness which was particularly strong during these times of Islamic strength.

“Therefore, Muslims are not allowed to honor the people of Dhimmah or elevate them above Muslims,
for they are miserable, disgraced and humiliated.” [viii]

Sheikh Ibn Kathir (commentating on Surah 9 verse 29 of the Quran)
The islamophobia is strong with this one! Ibn Kathir has always been considered one of the very best commentators on the Quran. His exegeses is so clear and wise, according to the Muslim tradition, that a student of the Quran would be strongly advised to become familiar with his Tafsir. It is no surprise then that his translated work can be found everywhere. You know what to do.

“By Allah, I found nothing but the fact that Allah had opened the heart of Abu Bakr for (perceiving the justification of) fighting (against those who refused to pay Zakat) and I fully recognized that the (stand of Abu Bakr) was right.” [ix]

Umar ibn Al-Khattab
This islamophobe was a personal friend of Muhammad, the prophet of Islam, and became the second successor of his master as the Caliph of the Islamic community in the seventh century. When he spoke the words in this narration he was referring to the first successor and father-in-law of Muhammad, called Abu Bakr. He fought a war against people who had apparently become hypocrites (fake Muslims) by refusing to pay the Islamic alms (zakat) to him. The source for this quote is an authentic source, according to all Sunni Muslim scholars: the hadith collection called Sahih Muslim.

Muhammad (the prophet of Islam)
This islamophobe, who dares to claim that the best Jihad is the one whereby a man sheds his blood and wounds his horse in battle, happens to be the founder of Islam. The narration in which his statement is found is of a higher classification of authenticity than the famous hadith where he is recorded to have suggested that warfare is the lesser Jihad. If you want to find hundreds more clear islamophobic statements where Muhammad talks about offensive warfare, dig through the sources and you’ll find him saying things like:

This Muhammad person, who does not have a PhD in anything, also said this:

“A single endeavour (of fighting) in Allah’s Cause in the forenoon or in the afternoon
is better than the world and whatever is in it.” [xii]

And then he went on an islamophobic rant saying:

“The person who participates in (Holy battles) in Allah’s cause and nothing compels him to do so except belief in Allah and His Apostles, will be recompensed by Allah either with a reward, or booty (if he survives) or will be admitted to Paradise (if he is killed in the battle as a martyr). Had I not found it difficult for my followers, then I would not remain behind any sariya going for Jihad and I would have loved to be martyred in Allah’s cause and then made alive, and then martyred and then made alive, and then again martyred in His cause.” [xiii]

If the highest desire of this islamophobe was to be a martyr and die in Jihad for Allah, then how can we think that the desires of his followers can be anything other than to become a martyr? The ramifications of this bigot’s words will be dire if we allow them to exist. Let’s make a concerted effort to ban his islamophobic rhetoric before people mistake him for an authority and get the crazy idea they have to act upon his words.

Clearly there is no reason to think these islamophobic bigots are speaking the truth about Islam. We know what Islam is and it can be viewed as peaceful. No scholar has ever suggested that Jihad is a holy war or something to be brought to unbelievers regardless of their attitude towards muslims. There is no command by Muhammad teaching us to fight the people until everyone declares that only Allah can be worshiped. Because everyone knows that no religion teaches the hatred of fellow human beings because of their faith.

All of the quotes in this article are 100% factual and attributed to the people we attributed them to. For some however we may have to explain the obvious sarcasm in our study. It is meant to show people that the standard that is being set for islamophobia is so ridiculous these days that those who have brought us to it cannot be considered intellectually honest. Because if someone who claims that Jihad is also considered offensive warfare in order to spread Islam should be considered an islamophobe, then the most famous and mainstream scholars Islam has known during all its existence are islamophobes as well, all the way back to the prophet of Islam himself.

There can be no question where today’s so called extremists have received their theological idea’s about Jihad and about building an empire and making the entire world Islamic. These ideas were not invented in the modern era of Islam. The inheritance of the formative and classical periods of Islam, and all the many intellectuals it has sprung, has taught them this.

This doesn’t mean that today’s extremists are necessarily the most pure Muslims who follow everything to the letter. But concerning Jihad, which is currently at the heart of public debate, there can be no doubt that people like Linda Sarsour and Qasim Rashid are giving their respective audiences a misleading portrayal of what Islam has been for centuries and still is to many.

For anyone who would like to portray Islam as peaceful, the task seems quite simple: focus upon the desired Ayat and ahadith so that people can check your claims and see they are correct. But this cannot be done when people have a full overview of the same Islamic sources they have used. Speakers for Islam in the West should acknowledge that for every source they submit a contradicting one can be brought forth, as we have shown. To be intellectually honest they should then, at the very least, give us their perspective on how they feel these can be harmonized in the direction of their proposed position rather than deny their existence.

That being said: the fact that we have quoted lifelong renowned students of Islam as they submitted their conclusions after harmonizing  all the sources, makes it unlikely that such an attempt will ever be made in a meaningful fashion, as the world has seen for the past 20 years. 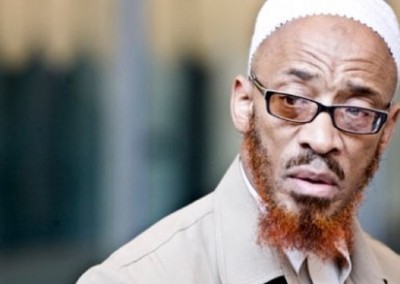 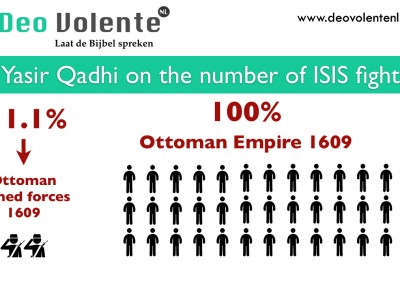 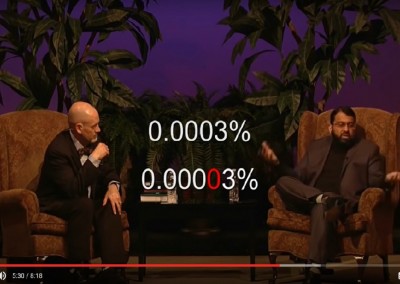 Yasir Qadhi on the number of ISIS fighters: a bad excuse 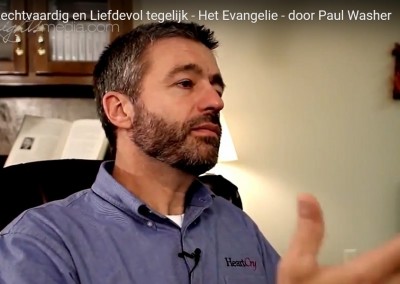 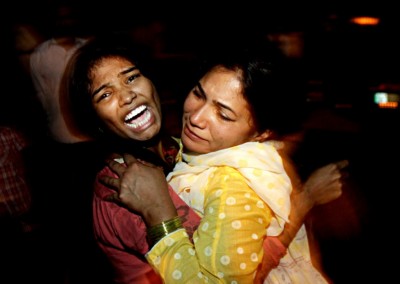 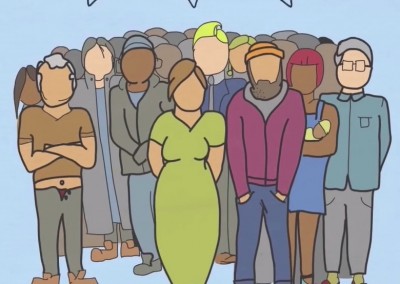 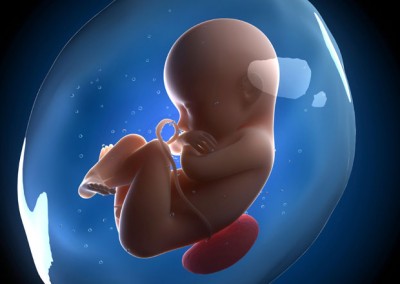 Life as a Continuum – (Beyond all terminology surrounding the Abortion debate) 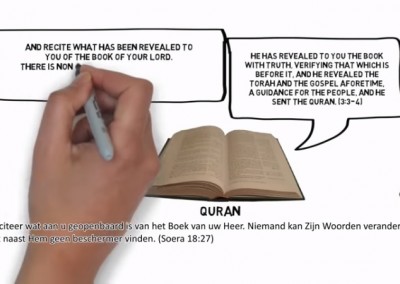 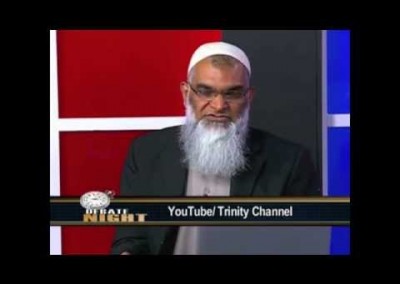 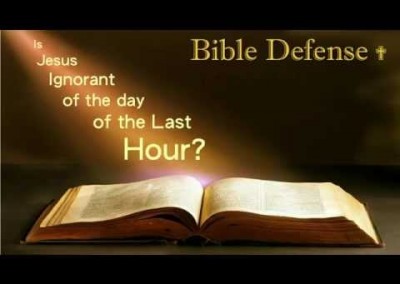 How can Jesus be God if he didn’t know the day of the Last Hour? 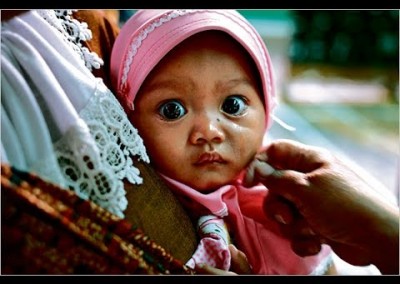 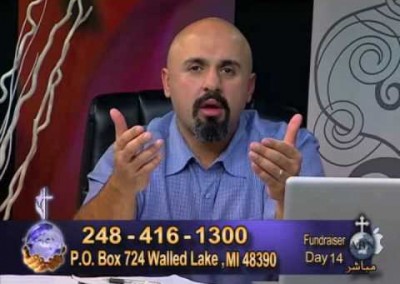 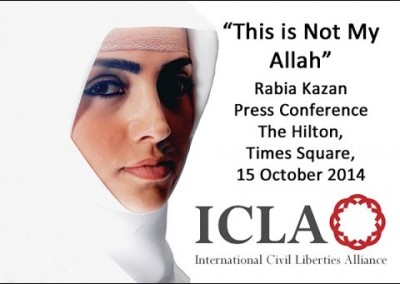